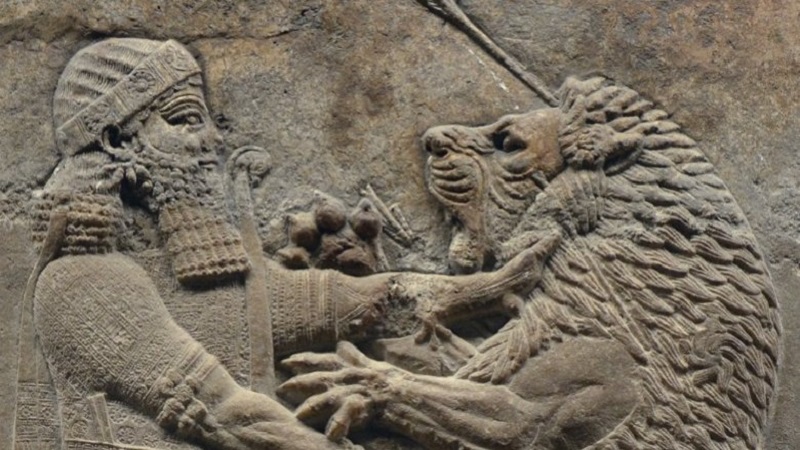 Participants will study the ancient civilization of Mesopotamia.  We will explore the major historical periods of the region and the important facets of the civilization. Our central task will be to analyze both primary and secondary documents critically in our effort to understand this important pre-Classical civilization.  We will also explore the architecture and material culture of the ancient Mesopotamians to inform our understanding of their history.  We will approach a number of topics relevant to Mesopotamia, and some would argue, to studying all types of "civilization, including:  the problems of periodization, the creation and relevance of written script, the formation of state religion and political ideology, the logistics of ancient trade and economy, the expansion of empires, the importance of women and gender identity, the development of literature and science, and many more topics.  For the first 2/3 of the course, we will embark chronologically on our studies as we explore the salient features of each major period in Mesopotamian history.  In the final 1/3 of the class, we will explore some cross-chronological topics that hold relevance in most periods in Mesopotamian history.

1. Develop an understanding of the discipline of history, including the questions the discipline asks of the past, its methodological approaches, and theoretical assumptions.
2. Assess how historians approach the past in similar as well as unique ways from practitioners of other disciplines.
3. Explore the historiography of Mesopotamian studies, including the development of Assyriology and archaeology in the region, and crucial scholarly debates.
4. Achieve an understanding of an important non-Western civilization.
5.  Be introduced to the representation and activities of a civilization central to the formative phases of Western Civilization.
6. Develop critical thinking, oral, and written skills in the progress of class discussions, thoughtful written assignments, and a substantial research project.
7.  Cultivate self-awareness and interest in other cultures as you consider how similar events and issues that faced people in the ancient world continue to confront cultures around our contemporary world.

1. Van de Mieroop, M.  Cuneiform Texts and the Writing of History, Routledge, 1999. (Textbook Rental)
2. Bahrani, Z.  Women of Babylon:  Gender and Representation in Mesopotamia, Routledge 2001. (Textbook Rental)
3.  “Primary Documents in Translation” Reader:  Readings marked with an "+" below will be available in a big packet handed out at the beginning of class.

Lecture – IV
Rise of the City: How the great god Marduk built the city of Babylon

Lecture – VI
The Ritual of the Temple

Lecture – VII
The Religions of Ancient Egypt and Babylonia

Lecture – IX
The Yezidites Culture and the religion

Lecture – XVII
Exile, Diaspora and the Emergence of “Judaism”
Readings: Scheindlin, 25-33; Ezra 10: 1-44
Question: After the destruction of the first Temple, how are the Israelites who are exiled to Babylonia able to maintain their religion and identity as a minority in a foreign land?

Lecture – XVIII
The Second Commonwealth
Readings: Scheindlin, 33-42; I Maccabees 1-2; II Maccabees 6-7
Question: Compare the two accounts in I and II Maccabees, paying attention to how the conflict is portrayed (motives, methods, etc.) and who the key parties are.

In class: read selections of the Mishnah (tractate Berakhot, chapters 1-4)and Talmud (Babylonian Talmud 26b). Read the selections of the Mishnah and Talmud. Identify two distinctive features (literary, content, treatment of texts, etc.) of each of these genres of Rabbinic literature. List at least two motives a society would have to produce documents such as these. We will also discuss how a Page of Talmud is constructed.

1) What was the relationship between Jews and Christians a) when Christianity was another minority religion within the Roman Empire, and b) when it became the religion of the Roman Empire?
2) Cite three
3) (3) ways Jewish life was different in Sassanid Babylonia than it was in Byzantine Palestine. How was the Jewish community in Babylonia different than any previous diaspora community?

Lecture – XXI
The Jews of Islam
Readings: Scheindlin, 71-82 (bottom); Marcus, #3, #38
Question: Explain how the spread of Islam after the seventh century helped transform Jewish life politically, economically and religiously. Give at least one major change for each category.

Lecture – XXII
The Growing Jewish Diaspora
Readings: Marcus, #6; Barnavi, selections
Question: Under what circumstances does a new center of Jewish life emerge and break away from an older Jewish center?

Question: In the reading and in class we will be leaning about four (4) major religious tendencies in evidence among medieval Jewry: rationalism, mysticism, legalism and pietism. For each, describe one factor (historical, sociological, intellectual, political) which contributed to the growth of the tendency.

Lecture – XXIV
The Formation of a Persecuting Society
Readings: Scheindlin, 97-112; Marcus, #23, #25, #27 and #29, Barnavi pages
Question: Christianity and Judaism had been in contact for almost 1,000 years when, in the late 11th century, anti-Jewish sentiment began to intensify. Describe at least three factors that combined to produce this trend.
Western European Expulsions and their Impact
Readings: Scheindlin, 112-21; Marcus, #5, #11, Barnavi pages

Between East and West: Kabbalah, Messianism, and Hasidism
Readings: Scheindlin, 123-37, 176-7, 180, sidebar on 182-3; Marcus, #53, #54, Barnavi pages
Question: We have studies Jewish migration earlier when we discussed the emerging centers of medieval Jewry. In most of those cases, the moves were voluntary. The migrations brought about in the late Middle Ages were motivated, in contrast, by persecution and expulsions. How might this difference affect the kind(s) of Jewish society they established in their new surroundings? Offer at least two (2) specific examples.

Question: Mysticism evolves in several ways at the end of the middle Ages. Name the..