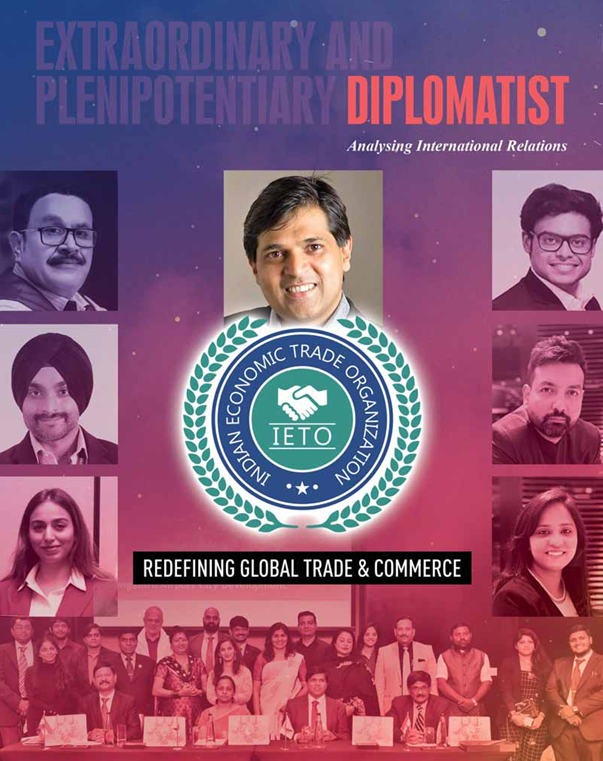 Can India retrieve relations with the US, China and
others?

New Delhi awaits President Joe Biden Administration
while Mexico waits to see if the border walls will be
permanent. Pyongyang is silent while Beijing wonders if
the pace of anti-Chinese trade will remain.
It will be a great moment if “CHINA VIRUS” and “Kung
fl u” - metaphors that were deployed by the US President to
the excitement of the crowds at his election rallies, public
rhetoric and strong soft diplomacy could be back in action.
Many countries are hoping that conventional diplomatic
interactions will be the fl avour once again, in areas where the
new president of US would like to work with China in spite
of the Covid narrative originating from Wuhan.
Mr. Biden has made it clear that while there may be
no senior-level visits to China will not be used to provoke
China, but the capitalist interest of selling arms to Taiwan
will remain.

Though the whole atmosphere will be cooled, excitement
coming out for signs of a relationship reversal in the US
approach may be deeply disappointed. Though the new
president will do his best to refi ne and decrease the intensity
of its approach, the narrative of the US against China will
continue with the new administration pressurizing China
against human rights issues.
President Biden has also hinted that China should be
playing by the rules and its very simple approach and that’s
one of the reasons Biden administration is rejoining the
WHO (World Health Organization) and hopefully the Paris
Climate accord.

He also hinted clearly that it’s not just dealing with the
current pandemic but there will be many more in the pipeline
for which the world needs to be prepared. Biden is clear
that he should promote American interests by looking at
opportunities to cooperate with Beijing, subject to conditions
of fairness and reciprocal arrangements. Mr. Biden’s team
will mark a shift in tone and there will be more continuity
than change, the US Policy towards India where a strategic
partnership is taking shape with the Quadrilateral Dialogue
Grouping-India, the US, Australia and Japan featuring all
four powers and who displayed unity in the fi rst joint naval
exercises in November.

While the approach towards Asia will be as good as the
last administration, some humility and confi dence will be
bundled with the Biden regime and one must accept that
the US still has a greater capacity and bandwidth than any
other country to mobilise others in collective global action.
This will be a test for Biden with the world currently
seeing an erosion of trust in US foreign policy in general
and in Asia some hesitation over hard positions on human
rights issues. On one side, he should deal with the deadly
pandemic and fractured political condition with diff erences
within the Democratic party itself. However, the foreign
policy of “America First” will be over as America will take
up the mantle of global leadership again.
China has been at its lowest ebb with the US relations
since 1979 and it’s not expecting 180 degrees overnight
but they hope that Biden will be respectful and reasonable
compared to Trump.

They must focus on trade that is the lowest hanging
fruit, China can start importing more farm products and
will expect Biden to scrap tariff s imposed by Trump. China
did for the RCEP the world’s largest trade bloc and US was
conspicuously absent in the virtual summit in Hanoi.
But, Mr. Biden will have a lot on his plate after assuming
the presidency in January and start with grappling with
Covid19, healing the wounds of a racially divided America
and has to start worrying about economic recovery.
Unless there is some basis for cooperative action between
China and the US, the world will slide into a catastrophe
comparable to World War 1.

We can only hope that better relations prevail under Mr
Biden and China-India both need US equally and now the
ball is in Mr. Biden’s court.

CLICK HERE TO REACH THE DOCUMENT AND READ THE COMPLETE..