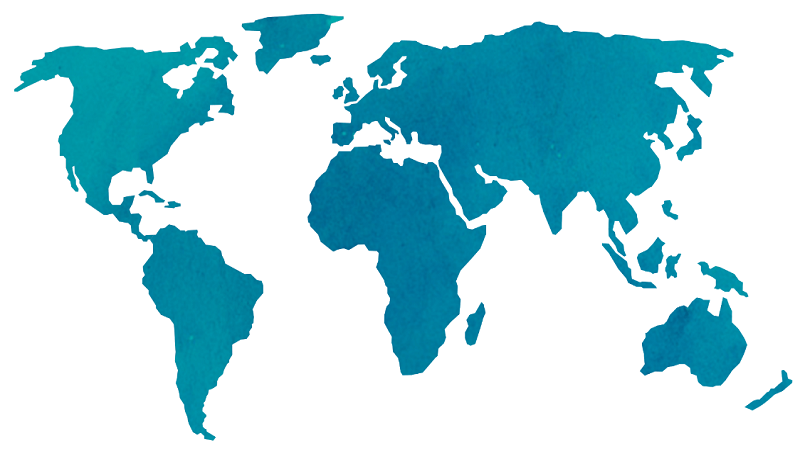 The Value of Play by Rosalind Fleischer-Brown
"Art is our one true global language. It knows no nation, it favors no race, and it acknowledges no class. It speaks to our need to reveal, heal, and transform. It transcends our ordinary lives and lets us imagine what is possible." – Richard Kamler

Using art as a transformative tool is not a recent phenomenon. The early Hebrews used music and lyrics to create and nurture relationships. King Saul, the first King of Israel, used music to calm himself down. Romans believed that studying letters – an early version of bibliotherapy – could relieve pain (Gladding, 1992). The healing power of the arts has been recognized for centuries and today, many therapists use art, drama, dance, or music to help others overcome challenges and express themselves.

In Expressive Therapies, a book written by several expressive therapists, Shaun McNiff writes that his greatest source of inspiration is finding that in times of crisis, human beings across ages and cultures, “turn to creative expression as a way of engaging and transforming difficulties that cannot be healed in any other way” (2005, xi).

Cathy Malchiodi, an art therapist, defines expressive therapiesas: “[T]he use of art, music, dance/movement, drama, poetry/creative writing, play, and sandtray[sic] within the context of psychotherapy, counseling, rehabilitation, or health care” (2005, p. 2).Expressive therapies can be single-modal (e.g., drama or art therapy) or integrative (using a combination of all the modalities)(2005).
One of these expressive therapies is play therapy. Vanessa Gendron, a friend of my father’s, is a play therapist and she was kind enough to give me over an hour of her time to answer my questions about her profession. Vanessa began her career as an actress and became a play therapist only a few years ago.

How did you get into play therapy?
A lot of what I’ve done in life has sort of happened. It wasn’t something that I envisioned when I was in high school. I wanted to be an actress – that was my vision. When I moved to Prague at 25, one of the jobs I had was teaching English and I hated it. I did my BA in education, becauseI had to. Then I was working with kids, and all of the sudden, I had these revelations – ‘Wow, these kids have saved my life somehow…’I fell in love with them.

I created a school with kids and was able to tap into all these creative fields – like music, danceand drama. Then I got into clowning, where they were teaching us different forms of therapy – music, dance, movement, juggling. It was a huge revelation and I thought: ‘This is the next thing’.

In my research I found play therapy, which was combining all the art forms. You know, the child that comes into the playroom and isn’t musical, isn’t going to do music therapy, but if you have access to all the art forms, they can go and express their emotions through any of these [forms]. The possibilities are bigger and larger.

When I first started, I was mind-blown by how much they taught me. I would work with them and think: ‘… this is intense. I can see I have this issue myself’.Everything I do now is related to kids. Maybe that’s me keeping close to my inner child. I can’t really explain the connection I have with them, but it’s real.

How would you describe play therapy in your own words?
Play is the most important thing in kids’ lives. It incorporates so many different forms of expression. The kids that I work with often can’t express themselves through words; if I’m working with kids under 6 or kids who don’t speak English, playing is a way for them to show things. If they start playing in a sandbox, they’re unconsciously taking toys out and re-enacting stuff that they’re going through: it might be a movie or what’s going in the world, but it’s always about what’s going on in their life. It’s never nonsense. It means something to them.

Right now, I’m working with kids that are extremely musical. They jam and I jam with them! It’s so cool! They start singing “I hate this, and I hate that…”and they’re expressing themselves, without me asking them: “Hey, how are you doing today?” None of that is going on; they will tell me,in their own way, how they need to tell me.

Being a good play therapist means giving kids space and respect, so they feel they can do anything, and I will not judge them. I hold the space for them and, hopefully, they will share with me what’s going on. That’s the ultimate goal of any kind of therapy.I guide them and help them to get past whatever they’re going through, whether it’s anger issues, not being able to self-regulate, bullying, and so on. The playroom is a magical space, where things shift for the child and, actually, for the therapist too.

How do you respond to concrete issues that are expressed in such an abstract, indirect way?
Think of a childthat has tantrums. In the playroom, we agree on the most basic boundaries: “We don’t hurt each other; you don’t hurt me and you don’t hurt yourself.” If you keep them, the child will be okay. They will stop throwing things around, trying to hit the toys or spit on them. You haven’t really done anything,but being there is enough for things to start changing.

I always give the kids a bead after the session.I’veseen kids shift from coming in and grabbingall the beads to, suddenly, taking just one. It seems like nothing, but it’s huge. To measure progress means talking to the parents and seeing if something shifted at home and, usually, it has. The kids are playing out life. They are expressing themselves, dealing with the issue that is happening. If a child is being abused, it will come out in play. They’re showing you what’s happened to them. How do you get that out of them? You say: “Oh, I see your doll’s not very happy. I wonder if she’s sad?” Boom! Suddenly, the truth comes out.

What is it about adults that they struggle to play? How do you think we can learn from kids?
I play all the time, so it’s difficult to answer! [laughs] But I can give you an example of how powerful play is: I knew that we were being watched in our training. And analyzed. That kind of freaked me out and I knew we were going to have to do these sand trays. I thought “I got this,” because in my mind I thought:“they can’t see how whacky I am.” I planned out how I was going to play in the sand tray; that’s how organized I am. I thought:“Okay, I’m gonna do different art forms and I’ll be fine.”I did that, andafter 25 minutes of playing, everything just came out...

Just with the sand tray?
Yeah!I was thinking:“Ok, this is like a Monet painting…” You have to stay with the tray, even if you’re done. You just have to stare at it, as the therapist is watching you. I was definitely performing:I’d look at her and smile at her. It was really interesting. I realized I wasbeing completely fake, just putting on a show for the therapist –and that’s whenthings started coming out. It was really hard stuff to deal with. I was dealing a lot with my mom – I just found out that she had Alzheimer’s, so I made her head out of the sand and just started crying. It was very powerful. People underestimate the power of play. You think that playing with figurines and in a sandbox will be fine, but every time I’ve done a sand tray, something came out.

What do you think is the relationship between the arts, healing and expression?
To me, creativity is everything. If I’m not creating, I am dead. I am depressed. For me, creativity is in everything: it’s in cooking, it’s in creating obstacles for my new puppy, it’s in talking. It could be anything for anyone. People are creative in different ways. All we do is play. Even now when we’re talking, we are sort of playing. What are we doing in this world if we’re not playing? We’re doing nothing.

Vanessa Gendron is an actress, director and play therapist. Besides being a play therapist, she also runsAzyzah Theatre, a theatre company for children, and she publishes books based on the plays she creates. She also performs in various theatre productions. Vanessa grew up in Québec and studied in Ontario. She lives and works in Prague.
Vanessa Gendron, https://www.azyzah.com/, https://www.playtherapyprague.com/
Rosalind Fleischer-Brown is a fifth-year psychology and English student at the University of Alberta. She published two books for the Antarctic Institute of Canada and translated a children’s book from English to Czech. She also published a literary essay in the Glass Buffalo and published several articles in The Gateway, the University of Alberta’s magazine. She currently living in Prague with her family.
Faculty of Arts, fleische@ualberta.ca
Austin A. Mardon is a fellow(hon) of the Royal Society of Canada and a member of the Order of Canada. In his youth he was part of a NASA expedition near the South Pole recovering meteorites.
Catherine A. Mardon is a Dame Commander of the Papal Order of St Sylvester and with her husband a ten-minute audience with Pope Francis. She is a retired attorney.
John Dossitor Health Ethics Centre, Faculty of Medicine, dossetor.centre@ualberta.ca