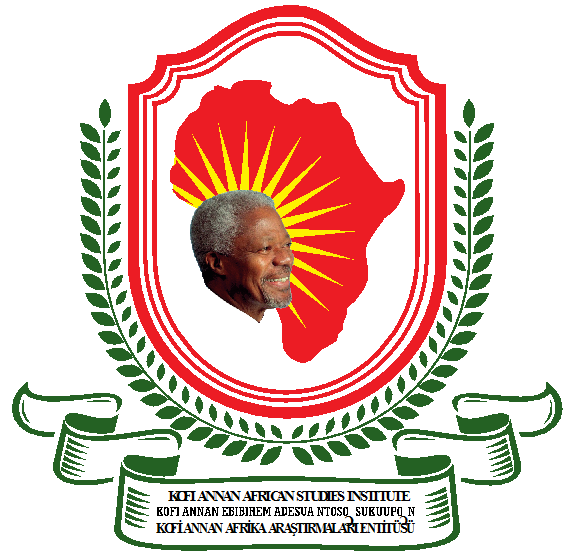 There is no development strategy more beneficial to society as a whole – women and men alike – than the one, which involves women as central players.
– Kofi Annan 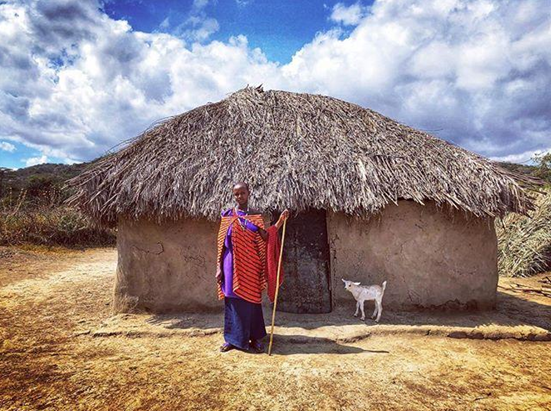 Our mission
The Kofi Annan Institute of Beyt Nahrin Mesopotamian Academy of Sciences and Arts mobilises political will to overcome threats to peace, development and human rights. In most cases the expertise and evidence needed to solve pressing problems such as poverty, armed conflict and poor governance already exist. What holds us back is lack of leadership or political will to identify and deliver solutions. The Institute mobilises those who are in a position to influence and bring leadership to the world’s most pressing problems.and one of the overall aim is to explore the African Mesopotamian region relations on immigration and refugee studies as well as Human resources and cultural, social integration.

Biography of Kofi Annan
Kofi A. Annan was the 7th Secretary-General of the United Nations and was the founder and chair of the Kofi Annan Foundation. In 2001, he and the United Nations were jointly awarded the Nobel Prize for Peace. Kofi Annan was praised for being “pre-eminent in bringing new life to the organization.” (Norwegian Nobel Committee, October 2001). He died in 2018 after a short illness.

Post-UN Life
Kofi Annan established the Kofi Annan Foundation as a catalyst for lasting peace and inclusive governance by anticipating looming threats security, development and human rights. With the Foundation, Annan then elaborated solutions and set in motion the political will to see these solutions implemented. In early 2008, he led the African Union’s Panel of Eminent African Personalities, which mediated a peaceful resolution to post-election violence in Kenya.

From February to August 2012, he was the UN–Arab League Joint Special Envoy for Syria, mandated to seek a resolution to the conflict there. Mr. Annan was the founding Chairman of the Alliance for a Green Revolution in Africa (AGRA), which works for a food secure and prosperous Africa by promoting rapid, sustainable agricultural growth based on smallholder farmers. AGRA’s programmes invest in soil regeneration and health, improved seeds, access to markets, and building capacity and investment throughout the agricultural value-chain. He chaired the African Progress Panel until the end of 2017, which advocated at the highest level for equitable and sustainable development in Africa. He was a member of The Elders, an independent group of global leaders who work together for peace and human rights, and in 2013 was appointed its Chair.

Kofi Annan was also Chancellor of the University of Ghana and held a number of positions at Universities around the world. He was a board member, patron or honorary member of a number of organisations, including the United Nations Foundation. A complete list can be found here. Kofi Annan’s widely acclaimed memoir: Interventions: A Life in War and Peace was published in 2012. Kofi Annan chaired the Global Commission on Elections, Democracy and Security (March 2011 to September 2012) and in January 2013, launched the West Africa Commission on Drugs, as a response to the surge in drug trafficking and consumption in West Africa and their impact on security, governance and public health.
From September 2016 to September 2017, Mr Annan chaired the Advisory Commission on Rakhine State. The Advisory Commission on Rakhine State was founded as a neutral and impartial body which aims to propose concrete measures for improving the welfare of all people in Rakhine state. It is was a joint venture of the Government of Myanmar and of the Kofi Annan Foundation.

In his last 2 years, under the helm of his Foundation, Kofi Annan launched projects to safeguard elections and democracy in the digital age, but also to promote youth leadership in the face of violent extremism, and to ensure that peace processes really produce lasting peace. Lastly, he advocated for agriculture that serves the poorest and emphatically warned against the dangers of climate change. With his Foundation, Kofi Annan supported countries facing difficult elections such as Nigeria, Mexico, Malaysia, Cameroun and Zimbabwe.

UN Secretary-General
Kofi Annan was UN Secretary General from January 1997 to December 2006. One of his main priorities during this period was a comprehensive programme of reform that sought to revitalize the United Nations and make the international system more effective. He was a constant advocate for human rights, the rule of law, the Millennium Development Goals and Africa, and sought to bring the organization closer to the global public by forging ties with civil society, the private sector and other partners. At Mr. Annan’s initiative, UN peacekeeping was strengthened in ways that enabled the United Nations to cope with a rapid rise in the number of operations and personnel. It was also at Mr. Annan’s urging that, in 2005, Member States established two new intergovernmental bodies: the Peacebuilding Commission and the Human Rights Council.

Mr Annan likewise played a central role in the creation of the Global Fund to fight AIDS, Tuberculosis and Malaria, the adoption of the UN’s first-ever counter-terrorism strategy, and the acceptance by Member States of the “responsibility to protect” people from genocide, war crimes, ethnic cleansing and crimes against humanity. His “Global Compact” initiative, launched in 1999, has become the world’s largest effort to promote corporate social responsibility. Mr. Annan undertook wide-ranging diplomatic initiatives. In 1998, he helped to ease the transition to civilian rule in Nigeria. In the same year, he visited Iraq to resolve an impasse between Iraq and the Security Council over compliance with resolutions on weapons inspections and other matters; this effort helped to avoid an outbreak of hostilities, which was imminent at that time.

In 1999, he was deeply involved in the diplomatic process that led to Timor-Leste’s independence from Indonesia. He was responsible for certifying Israel’s withdrawal from Lebanon in 2000, and in 2006 his efforts contributed to securing a cessation of hostilities between Israel and Hizbollah. Also in 2006, he mediated a settlement of the dispute between Cameroon and Nigeria over the Bakassi peninsula. Mr Annan’s efforts to strengthen the Organisation’s management, coherence and accountability involved major investments in training and technology, the introduction of a new whistle-blower policy and financial disclosure requirements, and steps to improve co-ordination at country level. Early career Kofi Annan joined the UN system in 1962 as an administrative and budget officer with the World Health Organization in Geneva.

He later served with the Economic Commission for Africa in Addis Ababa, the UN Emergency Force (UNEF II) in Ismailia, the United Nations High Commissioner for Refugees (UNHCR) in Geneva, and in various senior posts in New York dealing with human resources, budget, finance, and staff security. Immediately before becoming Secretary-General, he was Under-Secretary-General for Peacekeeping. Kofi Annan facilitated the repatriation from Iraq of more than 900 international staff and other non-Iraqi nationals (1990) and also served as Special Representative of the Secretary-General to the former Yugoslavia and Special Envoy to NATO (1995-1996).

Personal Life
Kofi Annan was born in Kumasi, Ghana, on 8 April 1938. He is married to Nane and between them they have three children and five grandchildren. He died on the 18th of August 2018 at the age of 80 in hospital in Bern, Switzerland, after a brief illness. He had been active in his Foundation’s work right up to his unexpected end.

Members of the Commission 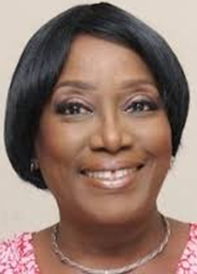 Kokunre Adetokunbo Agbontaen Eghafona,is from Nigeria, She is also an Ordinary Member of the Pontifical Academy of Social Sciences of Vatican .

Pope John Paul II established the Pontifical Academy of Social Sciences on 1 January 1994, with the aim of promoting the study and progress of the social sciences, primarily economics, sociology, law and political science. The Academy helps offer the Church those elements, which she can use in the development of her social doctrine, and reflects on the application of that doctrine in contemporary society.

Kokunre Adetokundo Agbontaen Eghafona
Professor Kokunre Adetokunbo Agbontaen Eghafona was born in London on 1 October 1959. She studied at the University of Benin, in Benin City, Nigeria, graduating with an undergraduate degree and later a Master of Arts in History. She also obtained a Master of Science in Archaeology and Anthropology from the University of Ibadan (Nigeria).
At the University of Benin, she has been a Lecturer at the Department of Sociology and Anthropology since 1992; Senior Lecturer in 1996, Associate Professor in 2003, and full Professor in 2008. She has also held a number of administrative positions including Head of the Department of Sociology (2009-2013) and Director of part-time programs (2016).
She has been responsible for sustainable development within the UN’s Sustainable Development Solutions Network (2012-2017). Professor Agbontaen Eghafona is the author of numerous academic publications. Her current scientific activities include measures to combat human trafficking in Nigeria. 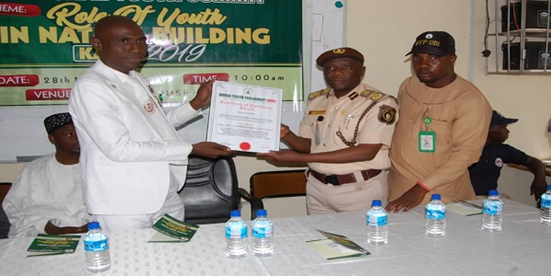 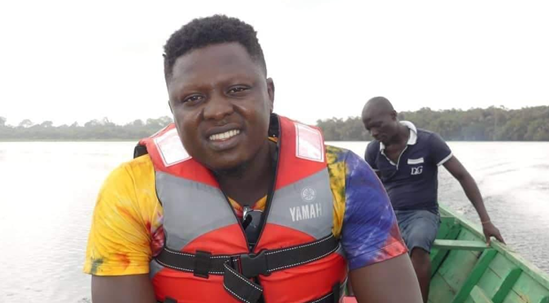 • Boko Haram's internal Disputes and international connections
• Challanges and Prospects for constitutional Democracy in Ethiopia
• Higher education policy and research in Africa
• Diplomacy and International relations in African Politics
• Research for Health (Ebola ) outbreaks present and future - A strategy for African region 2019-2025
• Gender studies in Africa - Sexual violance and Masculinities in Northern Uganda
• Angola's Business reforms and policy and Governance
Poverty and Deforestation across Africa
• African Union security culture in practice: African problems and African solutions
• African policy of the British “New Labor”;
• modern British policy towards Africa; the EU and Africa;
• Turco -African relations;
• peacebuilding and post-conflict reconstruction in Africa;
• EU and Britain’s development assistance; security – development nexus in EU-African relations.
• Global challenges in the African dimension (2015-20120)
New civilizational vectors of the international development and Africa. (2015 -20)20
Africa in the global food security system (2015-2020)
Islamist movements in the world political process: the ideological directions, organizations, development trends (2015 -2020)
Racism in the modern world: representations and practices (2015 - 2020)
Gender issues in the era of globalization and Africa (2015-2020)
Africa in the modern system of international relations (2015-2020)
The African Diaspora in the context of foreign policy of African countries (2015 - 2020)
Armed conflicts in North Africa and the Horn of Africa (2015-2020)
The history of political and military cooperation between the USSR / Russia and African countries (2015 -2020)
The modernization of the economy of African countries (2015 - 2020)
Major trends of investment policies of African countries (2015 - 2020
Socio-political structures of African countries at the present stage (2015-2020)
Socio-demographic risks of large-scale humanitarian disasters in Tropical Africa and ways to prevent them (2015 - 2015)
Africa: the processes of social and cultural transformation (2015-2020
Current socio-political and economic development processes in North Africa and the Horn of Africa, based on the experience of Arab revolutions (2015 - 2020)
Socio-economic and political problems of the countries of Tropical Africa (2012-2014)
Ethnic and religious problems of the countries of Tropical Africa (2013-2015)
Comprehensive study of Southern Africa (2012-2014)
Formation of a new economic model of the world and Africa (2015 - 2020)
African refugees in Turkey,Iraq and Iran and Lebanon and Israel
African immigration to Arab world

Film Projects of the Institute 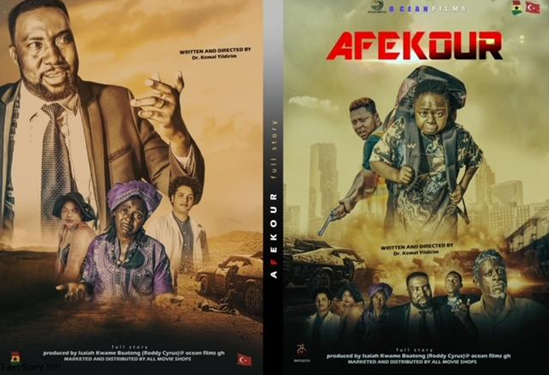 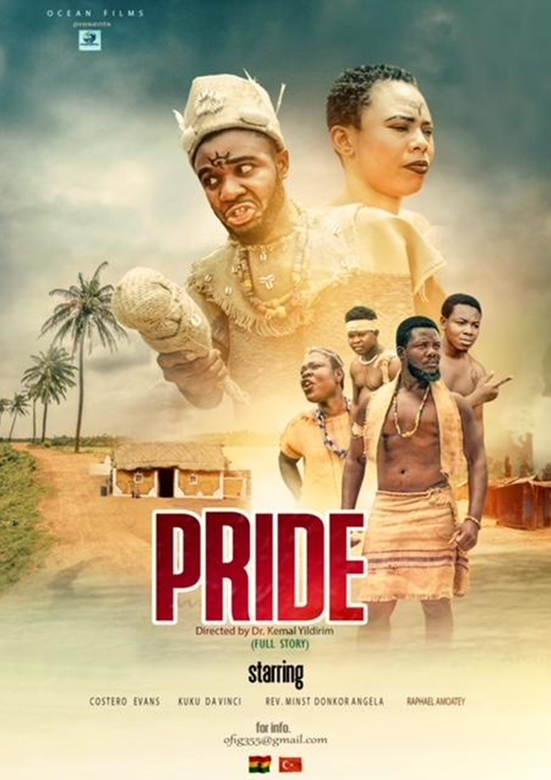 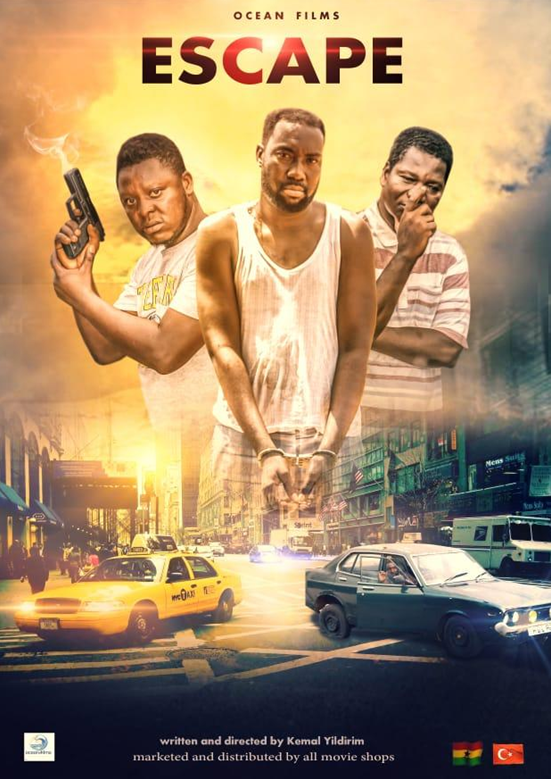 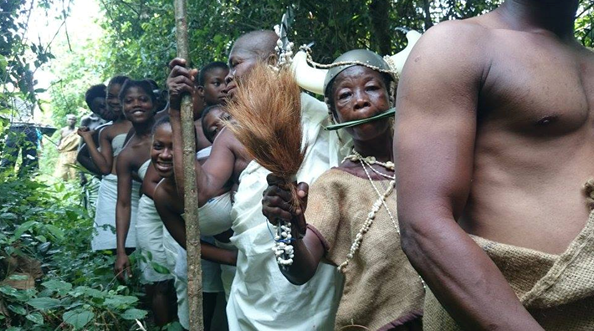